Saw a baby snail on my way to the office 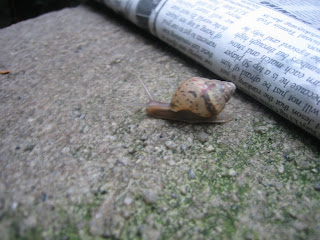 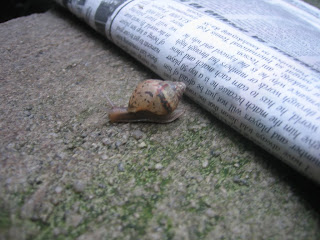 A snail is born with its shell! From Wikipedia ("snail"):

A snail's shell forms a logarithmic spiral. Most snail shells are right-handed, meaning that if the shell is held with the apex (the tip, or the juvenile whorls) pointing towards the observer, the spiral proceeds in a clockwise direction from the apex to the opening.