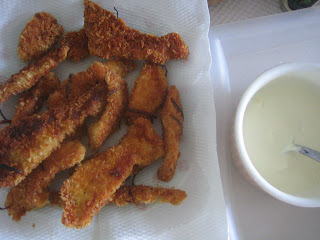 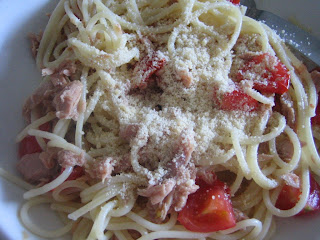 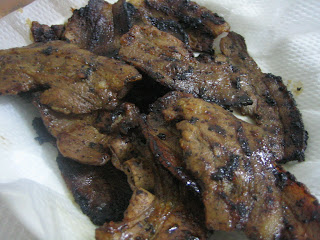 Sharing my invented barbecue marinade (based on tips from here) so you don't copy it since the barbecue ended up being too salty. :D Next time I'll use less soy sauce. Will post an updated recipe once I have one. 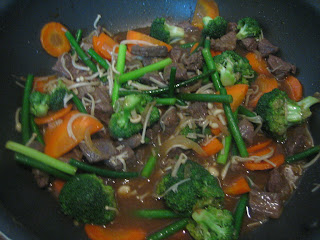 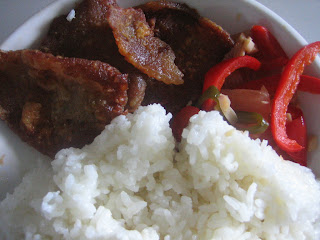 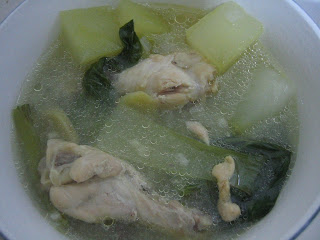 Ground Pork with Carrots and Garlic Stalks
I invented this. Sarap naman. 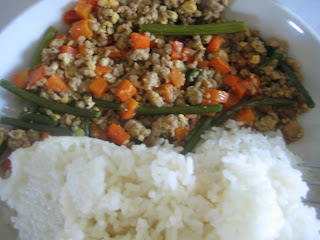 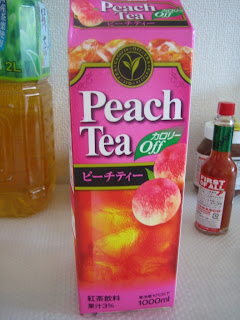 Herb Grilled Chicken with Grilled Tomatoes and Peppers
I used instant spice mix from the supermarket. Can't believe I don't have a photo of the cooked chicken! Anyway, please settle for photos of the spice mix and the grilled vegetables. 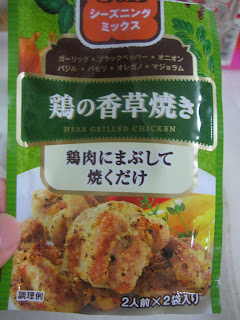 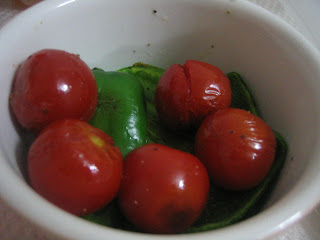 Parang Arroz a la Cubana
Cooked this from scratch again! I used to eat this often at home in Manila. I missed it so thought of recreating the dish here. So proud of myself for starting to cook from scratch, without a recipe! This has ground pork, garlic, onions, tomatoes, potatoes, carrots and red bell pepper. It was so easy to prepare! Kaya pala siguro madalas na ulam 'to sa amin. In Manila, beef was used though and the dish was served with fried egg and fried saba bananas. Ronjie and I ate this with hard-boiled eggs. :) 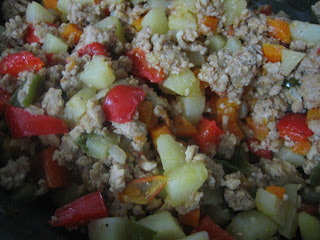 Chicken and Mushroom Stir-fry
I used 3 types of mushroom for this: enoki, eryngii & fresh button mushrooms. 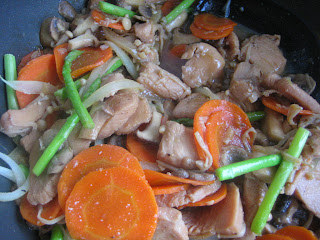 Ramen at a restaurant near Yamada Denki 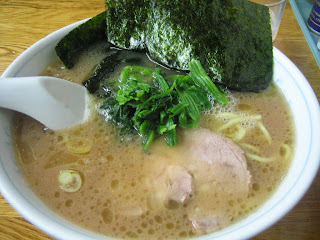 "Konbini shabu-shabu" (convenience store shabu-shabu) - this is just what I call it :D


Pinoy Barbecue and Cookie Dough Ice Cream at Kuya G & Ate R's place
They're friends with some of the Pinoys who had the Pinoy barbecue stall during the NAF Atsugi Friendship Day so Kuya G was able to get some of the marinade. We had dinner in their home one evening and they served yummy Pinoy pork barbecue without the fat (yummier with fat though, hehe :D) and cookie dough ice cream for dessert. Love dinners at their place! :) 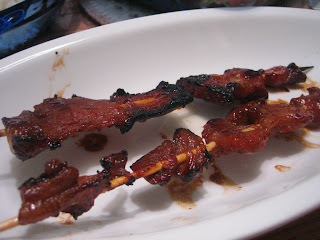 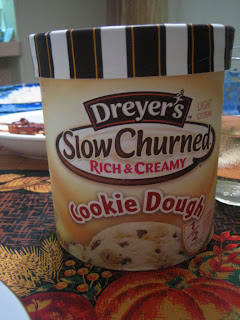 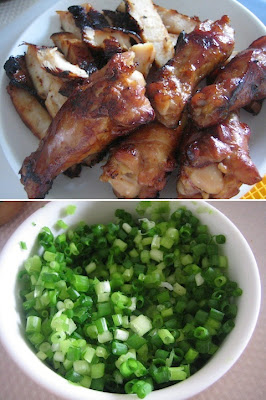 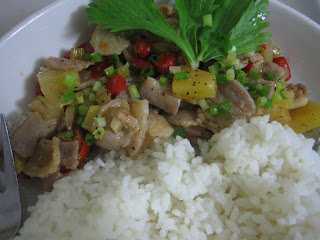 Spaghetti with Meat Sauce and Salad
My first time to cook spaghetti in red sauce. Didn't follow any recipe for this; it tasted bland. :( Ronjie found it fine though. I'll try to improve on it next time. (Note to self: Look for a spaghetti sauce recipe.) 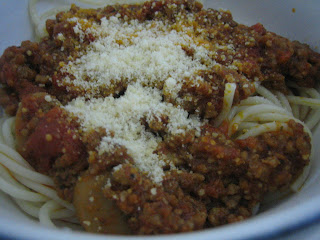 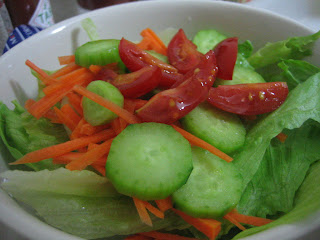 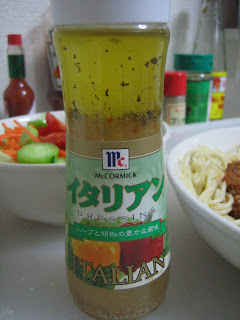