My cousin K arrived in Japan last month for work; he's with a company which develops games for mobiles. On his first week here, we invited him for lunch at the Ramen Museum in Shin-Yokohama.

This is what you see when you enter the basement. The place is designed to look like a section of the 1958 Tokyo. There are various ramen shops (selling different types of ramen) and stalls selling all sorts of trinkets. There's a ¥300 entrance fee for the museum, on top of what you'll be spending for the ramen you'll be eating. 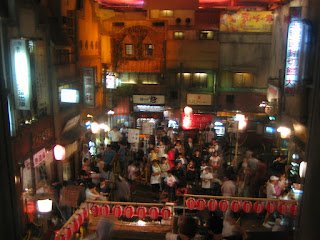 We got to the museum during lunchtime so most of the ramen shops (the better ones) had long queues. We just picked the one which had the shortest line.

This is my ramen. I picked a salt-based broth. 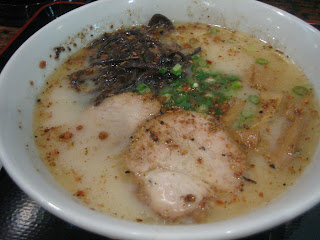 This is K's. Sort of like mine but the pork is different. 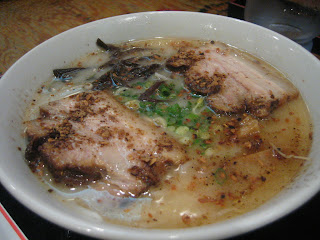 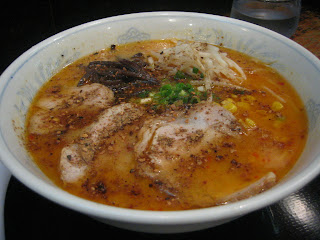 There's an open area in the middle of all the shops and we caught some jugglers entertaining the crowd as we got out of the restaurant.

In the museum building's second floor are the souvenir shop, the ramen grocery, a photo booth, and some historical ramen-related stuff on display. On the day we were there, a magician was also present. (See the magician's bunny? :D) I watched a bit of the show while R & K looked around. :D 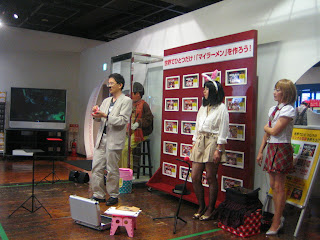 Some historical ramen stuff on display.

The Ramen Museum is a 5- to 10-minute walk from the Shin-Yokohama station.

After lunch we headed to IKEA! :D It's in the same area kaya sinulit na namin ni R ang pagpunta namin sa Shin-Yokohama. There's a free shuttle from the train station to IKEA and back. On Saturdays, the interval is every 15 minutes.