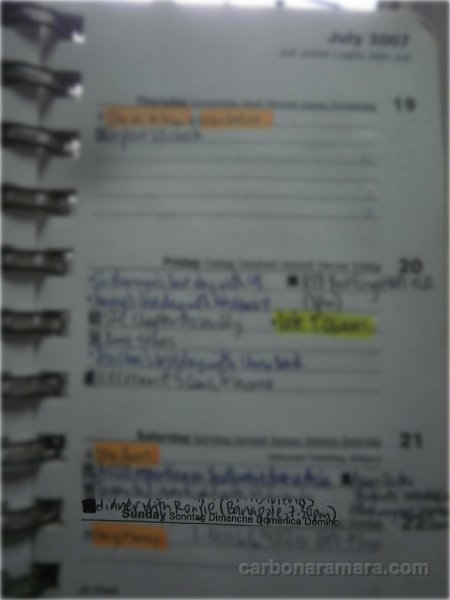 Fifth anniversary today! -- of our first official date. :) (Ronjie & I had lunch & dinner a couple of times before, but I didn't consider them dates.) And after 5 years, we've been married a year already, with baby on the way. It's been wonderful. Thank you, Lord. :)

Anyway, on our first wedding anniversary 7 months ago (delayed blog post again :D), we were blessed to both be in Manila, together, to celebrate. We went to mass in the same church where we first met and were married in and got a special blessing from the presiding priest after. :)

We ordered some dim sum and half a Peking duck, which we requested to be served 3 ways (a tip which I got from here). Before, I only knew of Peking duck served 2 ways. 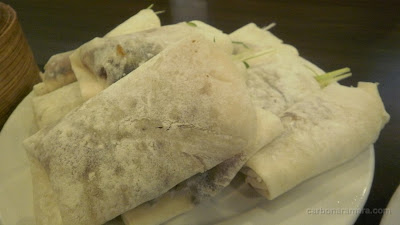 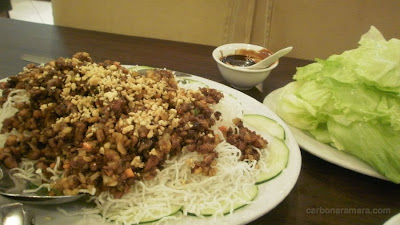 Took home the leftover soup, and still enjoyed it for the next couple of days.

We were so full after dinner and couldn't think of anything else to do but head straight back home, where we quietly spent the rest of the night just lounging. :D Already looking forward to our second wedding anniversary in 5 months' time. This time we'll be celebrating with our son (who's coming in a few weeks). Yay!
Posted by Mara at 7:30 AM